The pop superstars have been holidaying together in the Caribbean, island hopping between Anguilla and the Virgin Islands with James Corden and his family. 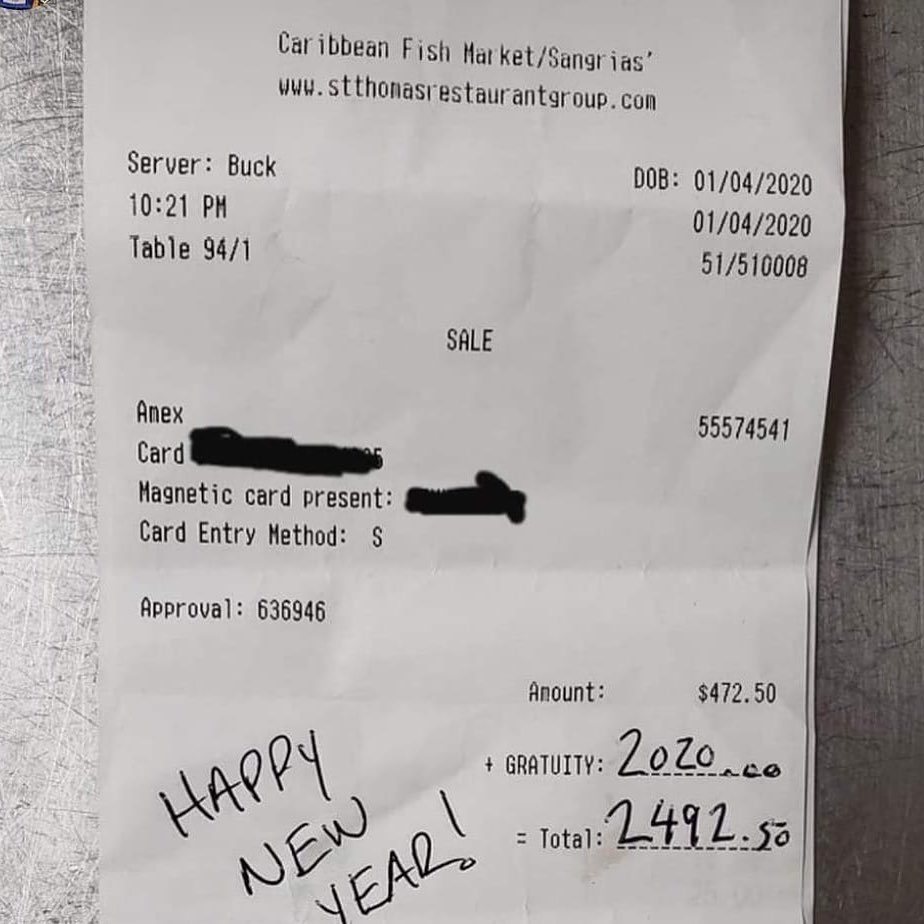 The tip, which was 400 per cent of the final bill, was shared by local bartender Yahya, who works for the Caribbean Fishmarket on the island, just steps away from the Ritz Carlton.

He posted a snap on Instagram which showed the pair had gifted the tip to a server named Buck, on Saturday January 4 at 10.21pm local time.

The lad wrote: "When Harry Styles and Adele give your friend a nice 2020 New Years tip."

The man later shared a picture with a friend on social media, revealing that The Late Late Show host James was also in attendance. 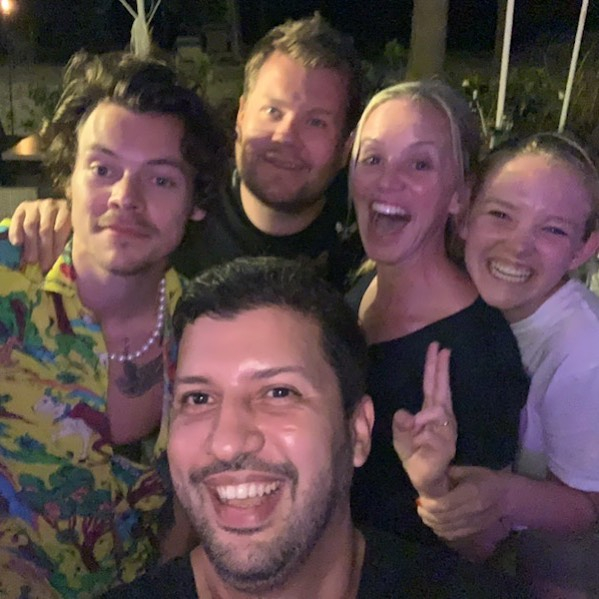 Harry and James were happy to pose with staff at the barCredit: Facebook 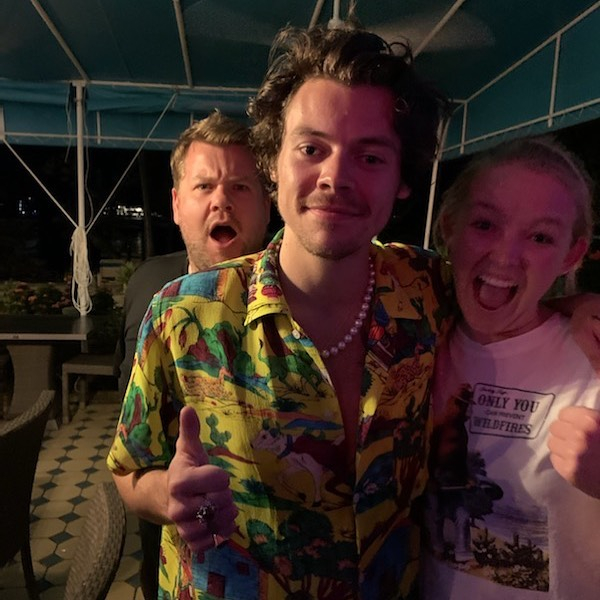 Harry and James have been holidaying in the CaribbeanCredit: Facebook 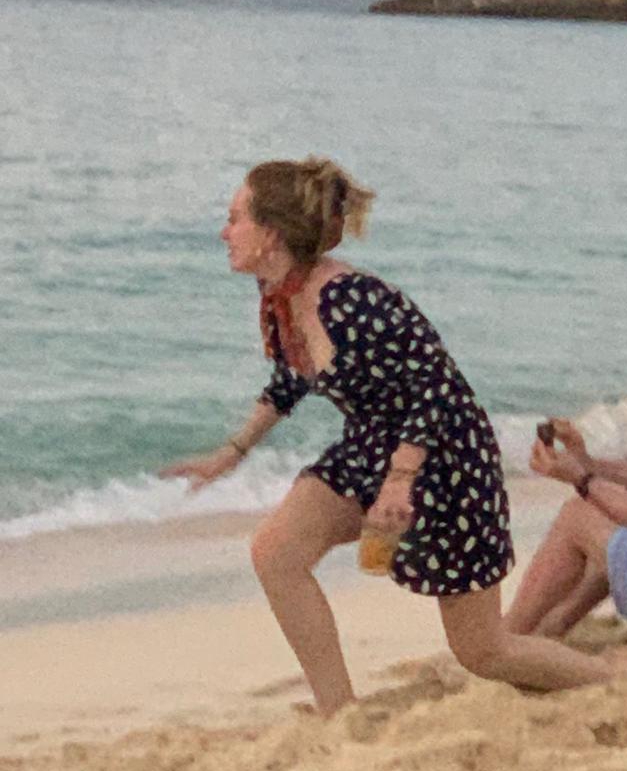 The star has been dedicated to her new exercise routineCredit: Joe Brown

The British stars shocked fans by spending the new year together, with pictures showing Adele looking happy as she played in the ocean in her dress and a cocktail in hand.

Wearing a black and white polka dot dress, Adele looked carefree grinning ear to ear while taking in a little sun on the sand.

Meanwhile, Harry Styles joined her on the seaside outing, but kept cool beneath a giant sun umbrella in a blue Mickey Mouse T-shirt.

She joined the "Lights Up" crooner in the shade after going for a swim in the ocean's crystal clear blue waters. 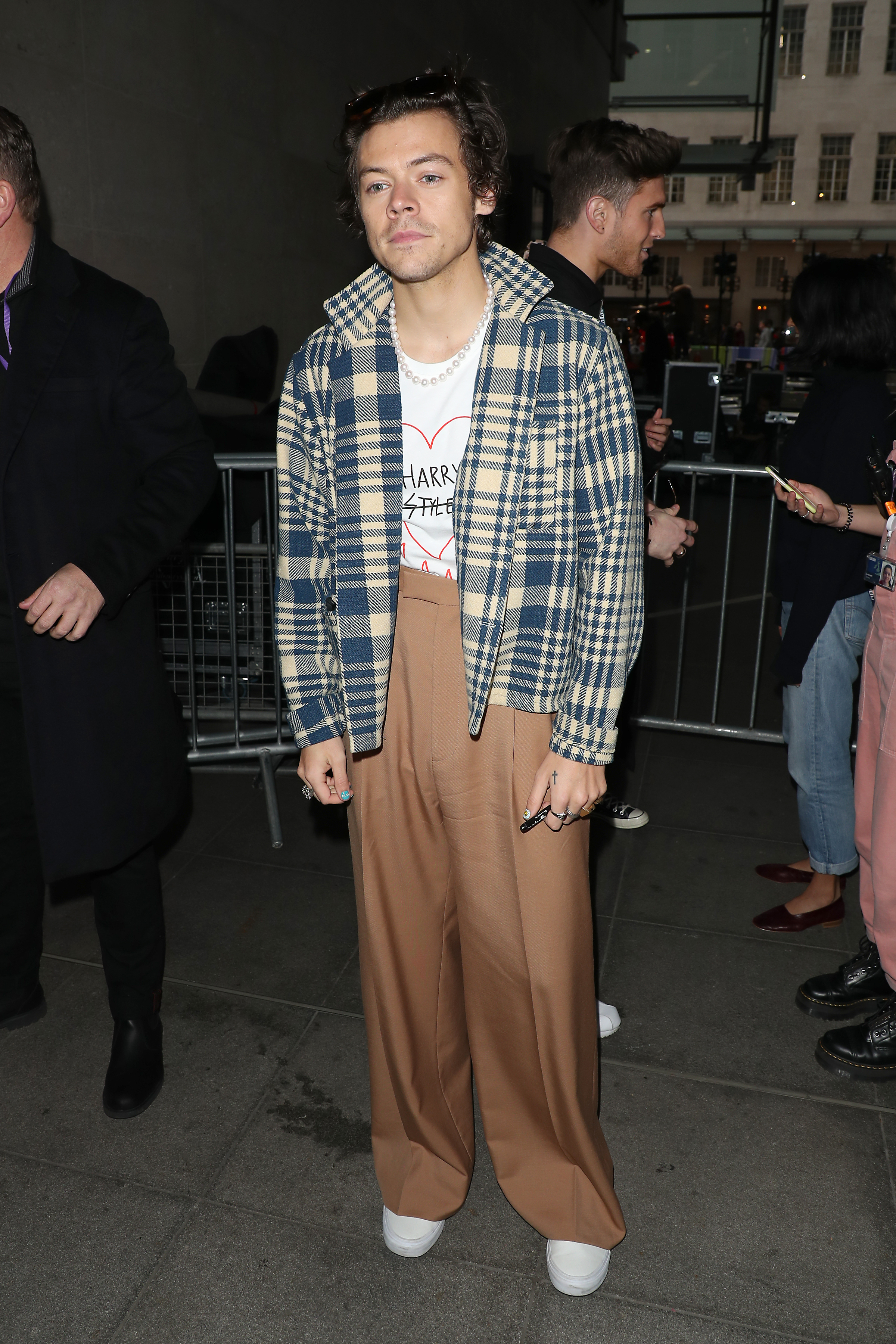 It is thought they may be working togetherCredit: Getty - Contributor
A lucky group of young fans even got to pose for a picture with the "Hello" singer after spotting her on the beach.

Adele debuted her weight loss at Drake's birthday party in October, just weeks after she filed for divorce from Simon Konecki.

She seemingly embraced her new, active lifestyle on Instagram in a head-turning black gown, dressed as Sharon Stone's iconic Ginger Rothstein character from the film "Casino."

"I used to cry but now I sweat," she captioned the photo shared in October.

Sources close to Adele told People in October that she is "incredibly dedicated" to her new fitness routine, which includes private training sessions and Pilates classes.